A few days ago I mentioned we’ve a new addition to the family: Trapper.  He came to us via a Springer Spaniel Rescue group/ Rocky Mountain Region.  Apparently Trapper (his previous family named him Trigger) and a brother (Cody) were taken to a shelter when their family needed to move and could no longer provide for them.  Seems brother Cody was a bit of a handful and is still looking for a new home somewhere in Colorado but Trapper (i.e., Trigger) was moved to Laramie … where Susan discovered him.  What a dear!  He’s about 9 years old and has a wonderful mellow personality; he also has a fascination with watching TV.  The twins have adjusted well to Trapper – perhaps they still missed their uncle Andy who passed a few moths ago.  We’ve named him Trapper (it’s close enough to Trigger not to confuse him too much we hope) because years ago our friends Ed and Candy had a very personable Springer Spaniel named Trapper and it’s sort of a tribute to that wonderful dog!  Below are a few photos. 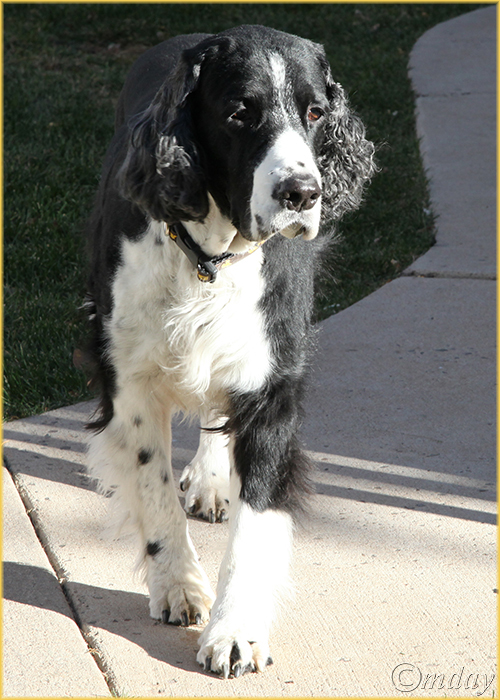 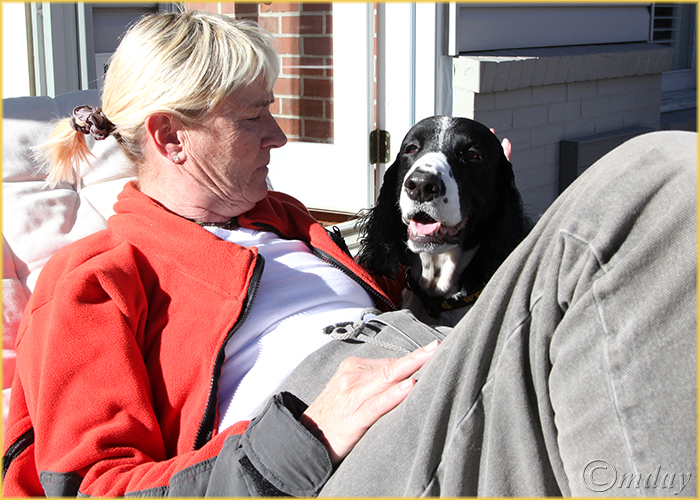 Back from the Himalayas

What a grand adventure!  (Unfortunately I was unable to update the blog during the trek.)   I arrived in Kathmandu Thursday October 11th after spending over 24 hours in the air (and a twelve hour layover in Bangkok); needless to say I was exhausted!  The next day my spirits improved greatly when after purchasing an inexpensive Nepalese cell phone and calling card I was able to call Susan and the kids for the first time.  (Over the next few weeks I called home frequently, even during the trek — appreciate the suggestion Mark.)  Spent three days exploring Nepal’s capital city: fascinating!  Though Kathmandu is a noisy, confusing and dusty city to navigate on foot it is culturally diverse and visually exciting.   (Took lots of photos some of which will be added to permanent sections of the blog.)  Trek actually began Monday, October 15th after a 30-minute flight to Lukla (elevation 9,300’).  Here our REI group of 14 trekkers met Tupten Yeshi (trip leader), Kale Gurung (sidar), Madhu Paudel (cook) and a support group of guides, zokio drivers, porters and kitchen boys.  This group provided lots of amenities such as transporting tents and personal duffels, setting up and tearing down camps, hot tea and wash water when we woke each day and entered camp each afternoon, excellent meals, and full trekking support; they were a joy!  From Lukla the route descended to our first camp in Phakding (8,500’), near a large suspension bridge over the Dudh Kosi River.  Over the next eight days we hiked about 36 miles and climbed nearly 10,000’.  The weather was exceptionally clear each morning, generally foggy and or cloudy each afternoon, and blessed with starry skies each night.  Temperatures fluctuated from around 20 degrees in the morning, 60-70 degrees around noon, and 10 degrees at night (generally clear and cold).  Got my first view of Mount Everest on the 4th day of our trek after leaving Namche Bazzar – hard to describe the sensation (had tears in my eyes!).  Nearly each day for the next week we had clear views of Everest as well as the other majestic peaks surrounding us.  The ascending part of the trek culminated in a visit to Base Camp (17,500’) — where some on Andy’s ashes were laid to rest – and to the summit of Kala Pattar (a bit over 18,000’): both destinations provided breathtaking views.  Then we turned around and hiked another 35 miles back to Lukla.  Throughout I stayed healthy and seemed to acclimatize well to the steady increase in elevation (only took a few Aleve and Tylenol tablets).  Also took a lot of photos.  (Below are a few of the photos with more to be added to permanent sections of the blog shortly.)

Very happy to be home with Susan and the twins!  Also we’ve added a new family member:  Trapper, a nine-year old Springer spaniel who we found through Springer Rescue.  (Photos to follow shortly.)

Early view of Mount Everest (surrounded by plume of clouds) – Trekking in the Everest Region, Nepal

Khumbu Ice Fall and Mount Everest (29,028′) behind with slight plume of clouds – Trekking in the Everest 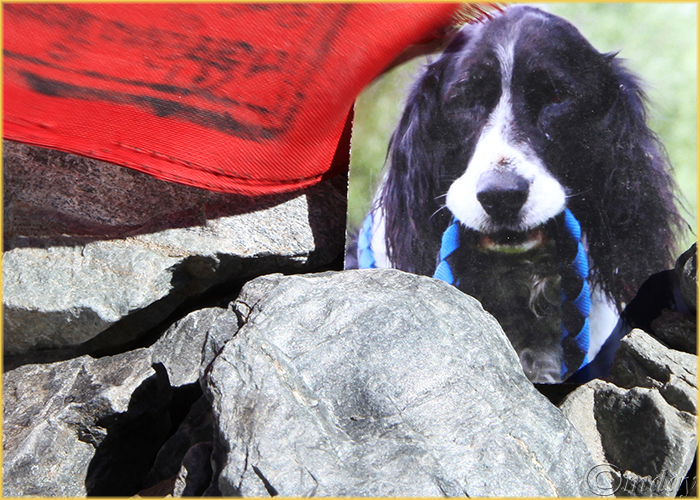 Photo of Andy with Prayer Flags – Everest Base Camp, Nepal 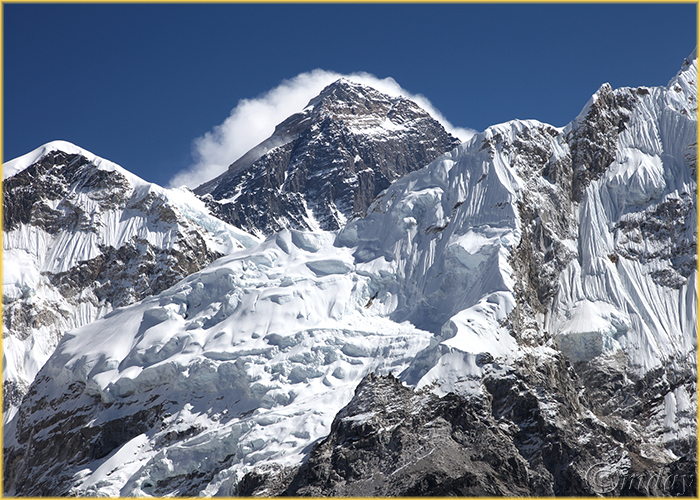 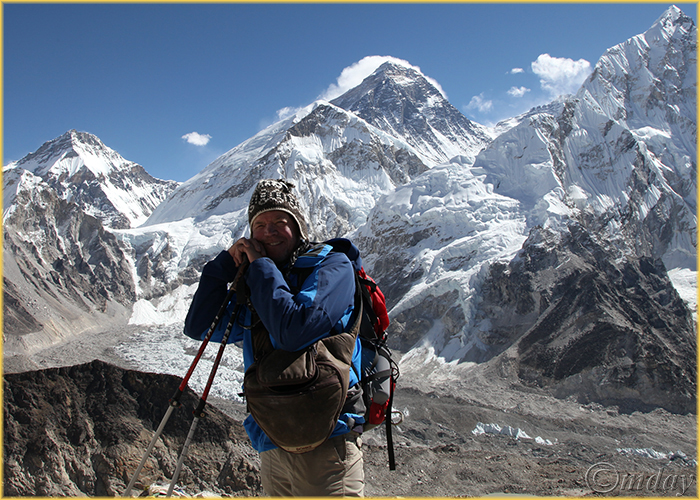