I wouldn’t be surprised if standing before the Great Pyramid of Khufu appears on numerous “bucket-lists” — those lists people make of places to visit or things to do before they die.  I don’t have such a list (at least not yet) but I did want to see this marvelous monument again — the only remaining wonder still standing of the “7 Wonders of the Ancient World”.  I briefly visited the Great Pyramid in 1970 via a cruise around the Mediterranean Sea, docking in Alexandria and busing to Cairo, some 140 miles or so.  I spent the night in Cairo and visited the pyramid early in the morning; it was grand and lived up to my expectation.  Also, there were not many tourists then.  My recent trip was different: we arrived in the afternoon, the light wasn’t very good, I felt rushed, and there were lots of tourists.  Actually this was one of the least satisfying experiences on our itinerary but I can’t really blame our tour company; things had changed.  Fortunately, the Great Pyramid is but one of over 130 discovered pyramids in Egypt and during our trip we visited and thoroughly enjoyed several.  Many of these monumental tombs remain structural wonders, extending back in time thousands and thousands of  years.  Below are a few photos.

Note: Susan and I plan to return to Cairo and spend a few more days exploring all the Giza pyramids. 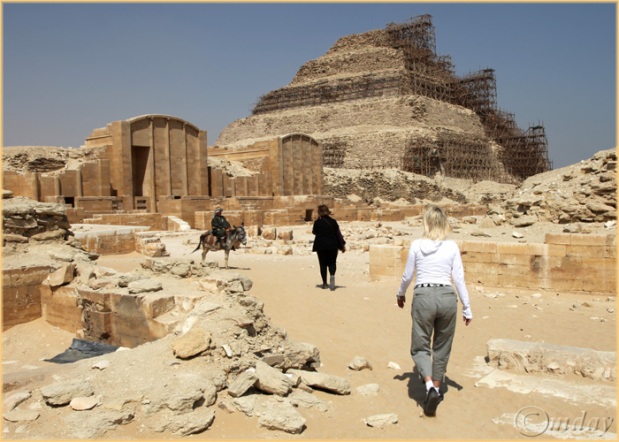 Frieze of cobras (protective symbols) in the courtyard of the Step Mastaba of King Djoser – Saqqara, Egypt 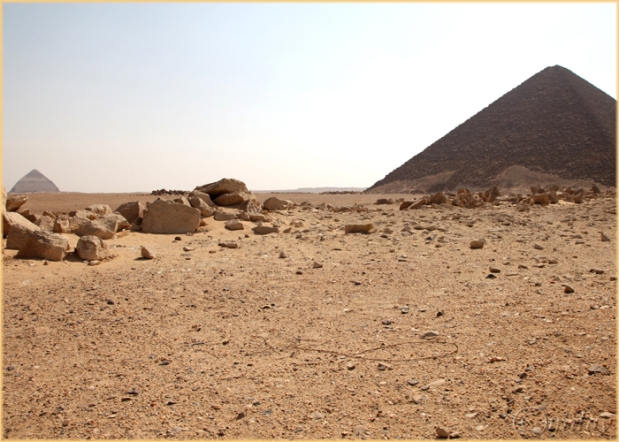 The Bent Pyramid of King Snofru (considered to be the first “true” smooth-sided pyramid but only partially successful) – Dahshur, Egypt 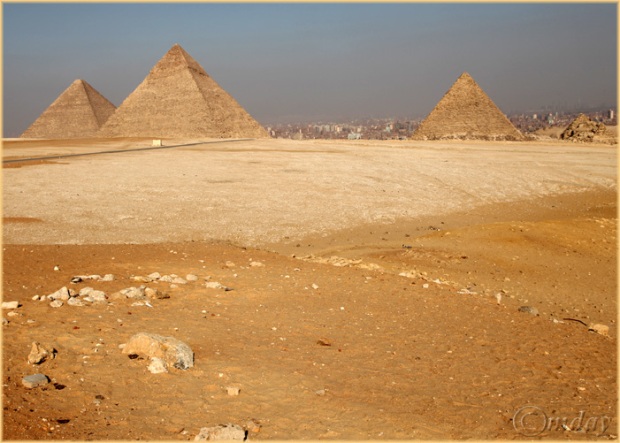 The pyramids of Kings Khufu (far left, the Great Pyramid, largest in Egypt) and Khafre (the second largest pyramid in Egypt) – Giza, Egypt

The pyramids of the Giza Plateau (the Pyramid of Khafre is in the center) – Giza, Egypt

The Sphinx, guardian of the pyramids – Giza, Egypt

The Sphinx with the Great Pyramid in the background – Giza, Egypt 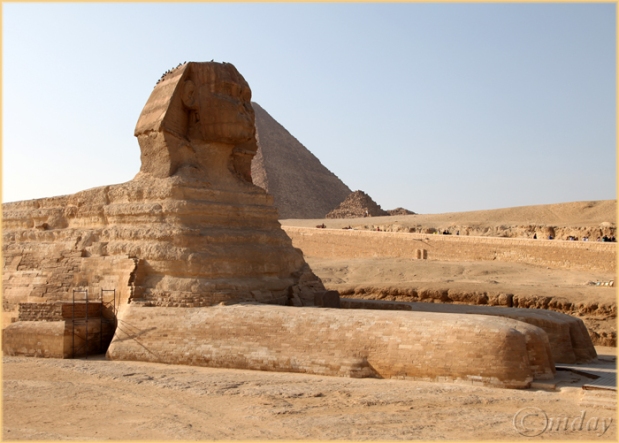 Restoration of the Sphinx with the Great Pyramid and Queens’ Pyramids in the background – Giza, Egypt